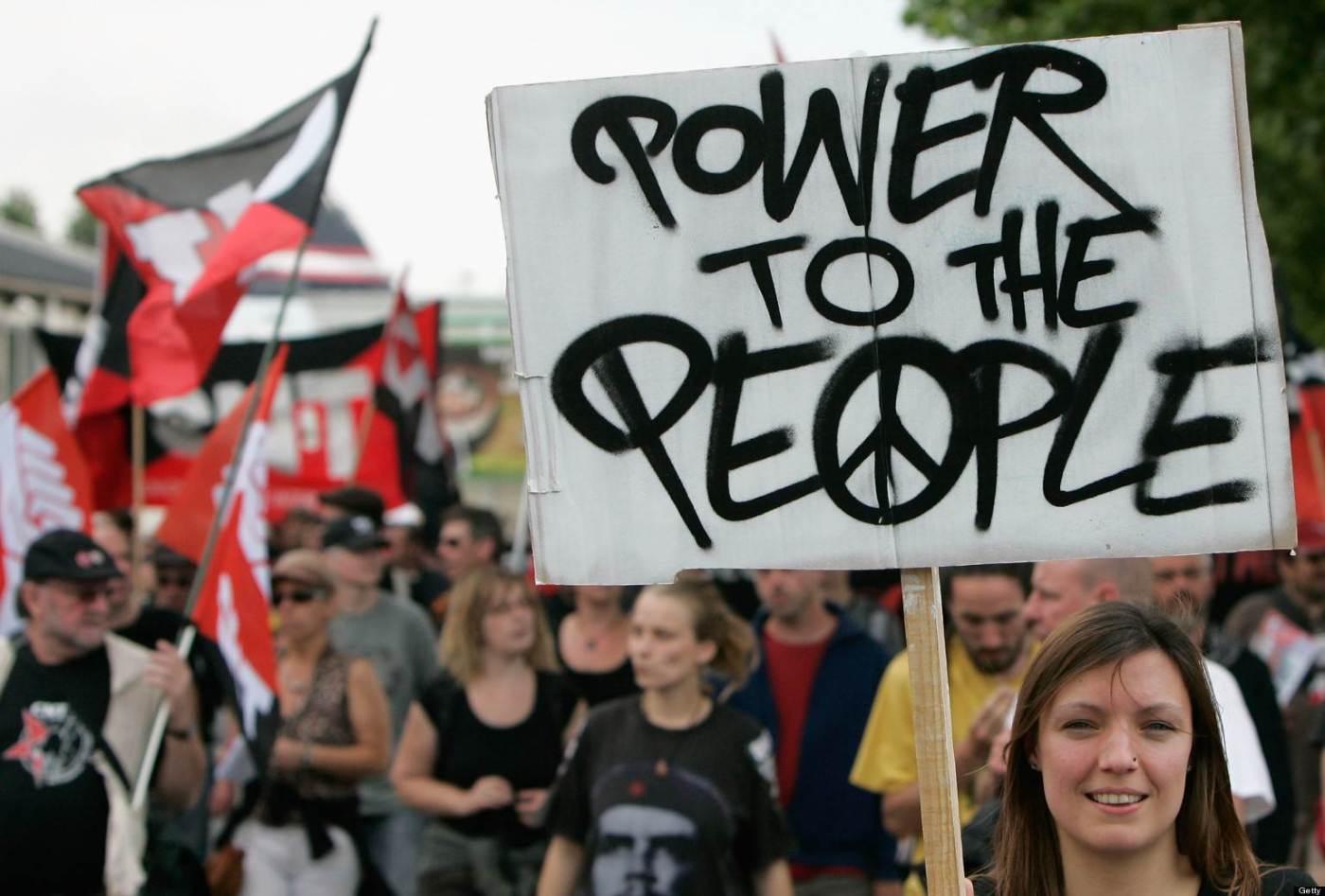 While freedom loving Americans across the nation have been energized by Donald Trump’s trampling of civil liberties, the Republican Party has been secretly chiseling away at the core principle of the United States Constitution. In 20 states with GOP-led legislatures, lawmakers have quietly tried to criminalize the fundamental right of the people to protest.

Six of those 20 states have passed legislation making it a crime to protest — in some instances elevating free speech against the government to a felony punishable by imprisonment. The GOP efforts to make protest illegal will have significant and wide-ranging implications. In addition to filling state prisons with non-violent civil rights advocates, it will require the rewriting of every elementary school history book and civics lesson. How will we educate our children on the basic value of democracy, and the foundational right to challenge the government, when it may soon be illegal to march in the street with a sign or sing a protest song?

According to a recently released report by the State Innovation Exchange, or SiX, GOP lawmakers have been pursuing their anti-First Amendment agenda nationwide throughout the current legislative session. The report indicates that the GOP will increase its efforts into 2018 in an attempt to silence progressive leadership and anti-government critics.

The State Innovation Exchange is a growing national resource and strategy center founded in 2014 and currently includes a network of over 1,500 lawmakers from 50 statehouses. One of the primary goals of SiX is to ensure that state legislators have access to research, policy expertise, and strategic support among several other valuable tools. The organization merges the power of grassroots activism with lawmakers to pursue issues important to American families, the environment, and defending civil rights.

According to the SiX report, GOP lawmakers are increasingly attempting to bury anti-protest and anti-First Amendment provisions in larger and successive versions of existing public-safety bills. Often, legislators do not read the extensive revisions and merely vote on the major legislative intent of the bill. The GOP-sponsored laws include language that creates a new class of criminal conduct, making protesting a misdemeanor or even a felony. Among the states that have passed legislation, Oklahoma and Arkansas have enacted punishments of up to ten years imprisonment for the most heinous acts of protest.

As the Trump regime continues its march towards fascism, much discussion has been had over Trump and the Republican Party — of who is responsible for whom. The SiX report demonstrates the intricate alignment of Trump’s anti-Constitutional ideals and his pursuit of the consolidation of power in American government with the Republican agenda. The GOP anti-protest movement hides in Trump’s shadow, but their efforts pave the way for future destruction of additional democratic principles and policies. At this point, Trump and the GOP are the proverbial chicken and egg.

Criminalizing protests and the freedom to bring grievances against the government is a blatant and severe departure from the founding tenets of our nation’s democracy. The First Amendment provides specifically that “Congress shall make no law…abridging the freedom of speech, or of the press, or the right of the people to assemble, and to petition the government…” Already, that right has been curbed by the necessity to obtain permits, but the new GOP-led attack is an even more severe curtailment of the people’s right to question a government that no longer represents their interests.

The SiX report reveals that it is not only Trump who possesses Russian ideations and connections, but a large portion of the conservative leadership of America who seek to maintain their own individual power in government. The nation’s founders did not build our democracy on the individual power of rules like monarchs, but instead distributed it equally among the people. The current shift is not imperceptible, but rather a dramatic seismic event in the political arena that may shake our nation into ruin.

Protests and the First Amendment place power in the hands of the nation’s true rulers — the citizens. Almost 50 years after the United States declared independence from the tyranny of kings, Thomas Jefferson affirmed this principle when he wrote that “All power is inherent in the people.”

Donald Trump and the GOP are on a collision course with more than just the Constitution. They are already building a wall, but it is a domestic wall between the government and the American people. It is a desperate attempt by leaders to usurp power from the population. It is time for every American to speak loudly and clearly in protest of the GOP’s new policies and “Just say ‘Nyet’!” in a language Trump and his GOP cohorts will understand.