After moving into the White House in 1861, President Abraham Lincoln initially embarked on an ambitious and generous program of hosting the public and their myriad requests. America’s population during Lincoln’s presidency was a mere one-tenth of what it is today and Washington, D.C. included a meager 75,000 residents. None-the-less, the barrage of daily visitors arriving to request an expected audience with the people’s president quickly consumed Lincoln. 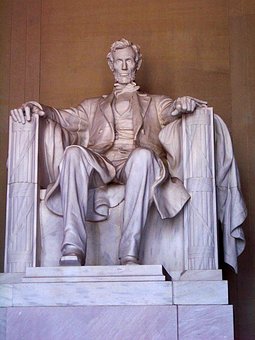 “I feel that no hours of my day are better employed than those which thus bring me again within the direct contact and atmosphere of the average of our whole people.”

Lincoln’s open door policy eventually took a toll on White House life and the president himself. Despite the exhausting pace and schedule, Lincoln was reluctant to limit the public’s access. His concerned staff finally convinced him to set limited hours.

Throughout his open door days, Lincoln steadfastly maintained a strong image for the public. Francis B. Carpenter quotes Lincoln in 1866 as remaining fond of the daily visitors as a necessary part of his duties as president: “I feel that no hours of my day are better employed than those which thus bring me again within the direct contact and atmosphere of the average of our whole people.”

Lincoln’s attempts to remain true to the ideals of his office were both admirable, but impractical. To suggest a similar arrangement in today’s White House — when America’s population is 325 million and growing — would place such burdens on the chief executive as to be obstructive. Public visits on the scale of Lincoln’s day would prohibit the president from more important duties…say tweeting the nonsensical imaginings of his Alzheimer’s addled brain.

Access to those who govern is a foundational principle of the American democracy. It is the reason that so many members of Congress have office hours in the U.S. Capitol and in their home districts. The need to interact with constituents also gave rise to the concept of so-called “Town Hall Meetings.” While face-time may not always be productive, it does offer voters a certain comfort to be able to meet their elected representatives.

As Washington’s elected leaders become more distant from the public, the press plays an increasingly important role in the passage of information and the transparency of government. In a world where it is impractical for the president, senators, and representative to receive daily open-door visitors, the public relies on an independent press to ask questions and discover information that would otherwise be inaccessible.

Reporters and editors acting as the public’s surrogate have a responsibility to cover a broad scope of interests. They must be prepared to investigate thoroughly those positional abuses of power and policy, while at the same time making specific inquiries of interest to officials’ constituents. They become the physical eyes and ears of a visitor across town, or across the country.

This week, the current Republican-led Congress launched another assault on the American public by suggesting that long-standing rules of press access be rescinded. The sudden unprecedented effort to control the free press is a continued effort by the current administration to obscure the transparency, and thus legitimacy, of the authoritarianism tyrannizing the White House and Capitol.

While the idea caused an immediate uproar in the media, it is a stark reminder of the precariousness of the balance of power that exists in Washington, D.C. The United States of America is but one nervous tilt away from a catastrophic Jenga collapse that will leave the Bill of Rights and the Union in a jumbled heap.

The free press is essential to a functioning democracy. When the government begins to limit the press and control and dictate the flow of information, it is sending a message: “We do not believe the public that elected us is capable of understanding or deciding anything for themselves anymore.” It is an insult to our intelligence, our pride, and our expectations of government.

When it excludes the press, the government announces that democracy is no longer representative and for, or by, the people — a sound affirmation that the government is reduced to a hostile and adversarial: Leaders versus the Led. Our choice without a free press is simple. Either refuse to be led anywhere, or go willingly…to the slaughter.